Battles on legendary Beyblade Burst game mod!. Find out who will be best Blader 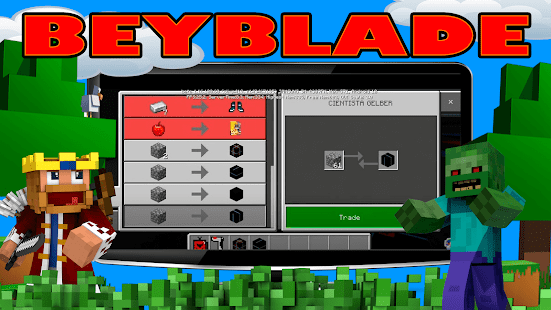 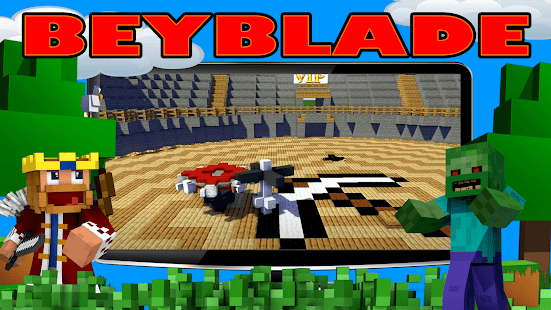 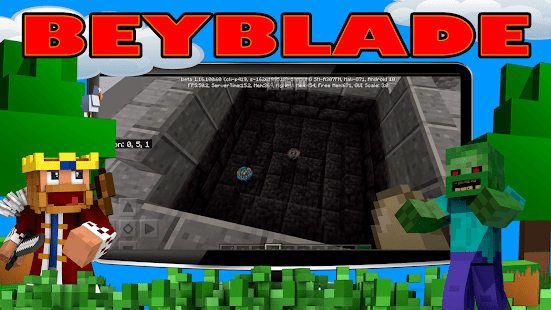 In the early 2000s the BayBlade manga began to be released in Japan, and then the anime based on it.
Then the Blades began to be released in other countries, which led to such popularity.
Over the years it has been released many anime series, computer games, as well as toy Blades, with which you can put up battles at home.
The plot revolves around a group of schoolchildren who fight with the help of Blades in circular arenas.

The main task is to push the enemy wolf out of the arena, using the power and speed of his blade.
Takao Kinomiya is the main character, as well as the strongest blader who has won numerous tournaments.
Takao is a fearless blader who always wants to win, and is also a member of the Blade Crushers.

Each wolf has its own abilities, which help the owner to win.
With the help of this modification, players of minkraft will be able to organize their own blader battles tournaments.
The modification introduces more than 12 colors of blades, which will help players navigate them.

➡️ 👍 Rate 👍 and leave feedback for BeyBlade is Important!

Disclaimer: Looking for interesting and popular games? The game BeyBlade is an application for the MCPE Meincraft. BeyBlade mod is not an official product of Mojang's MCPE game Meinkraft.