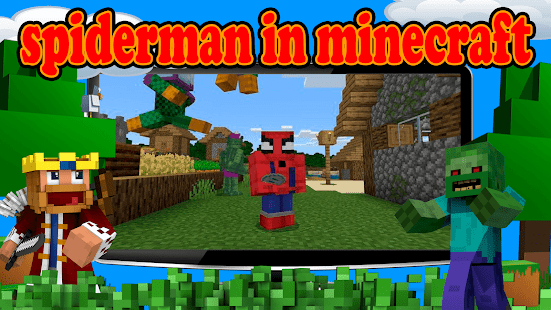 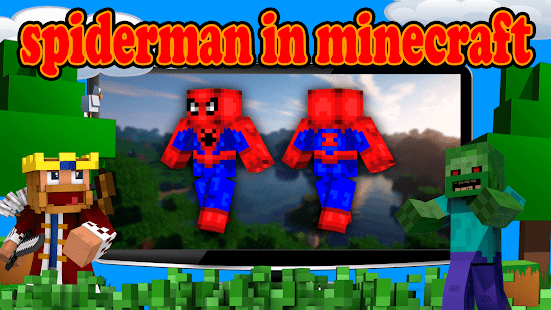 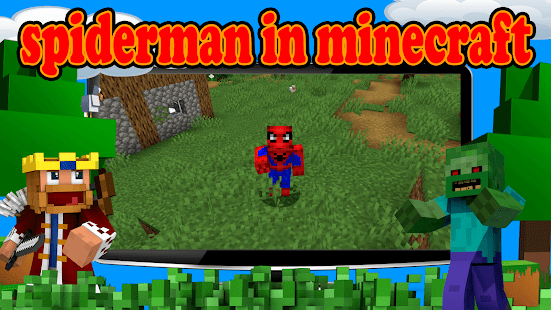 One night, Peter is bitten by a radioactive spiderman games.
After this incident, he began to notice changes in his body.
Peter realized that he had gained the skills of a spider and decided to become a superhero.
Spider-Man mod became the main defender of New York City, saving many people and fighting criminals.

The mod greatly changes the universe of Spider-Man minecraft, adjusting it to the universe.
In addition to the attributes of the hero himself, the modification also introduces many features related to him.
Just all the enemy mobs have been replaced by villains and criminals.
The player can tame and use as a riding animal spiderman MCPE, so that will be able to move around on the walls.
And also all available in the game armor was replaced by the Spider-Man Addon costumes.

➡️ Tools and Weapons :
➤ Cobwebs instead of arrows
➤ A ball made of cobwebs
➤ Spider-Man Potion
➤ A web shooter instead of a bow

Disclaimer: Looking for interesting and popular games! The game Spiderman is an application for the MCPE game. Spiderman mod is not an official product of the MCPE game of Minecraft by Mojang.