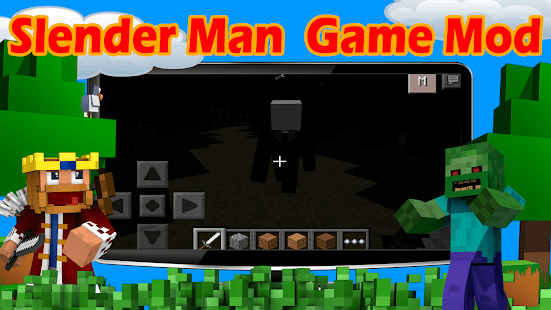 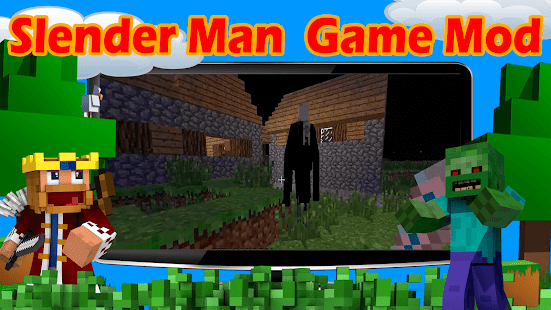 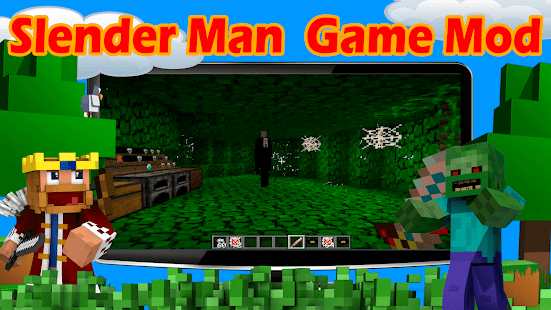 Slenderman game mod for the universe of minecraft. Slenderman, or rather slender man, has long been a cult antagonist of many games and movies.
The thin man is usually depicted as a very tall humanoid, resembling a tall man from afar.
He has long limbs that involuntarily wriggle in different directions.
Sometimes black tentacles stick out from the Slender Man's back, which also wriggle around him.

The thin man is dressed in a strict black suit with a red tie and a white shirt.
But still the main feature of Slenderman is his absolute impersonality.
Whether he was someone, whether someone created him or not, how he came into the world nobody knows.
Also no one knows what's in his head and what he will do.

Slender has the ability to erase, alter and augment people's memories, which makes him a great telepath.
Thanks to this modification the player will be able to personally meet with this terrifying creature.
Slender will most often appear in the forest area in a heavy downpour.
When approaching the thin man the player will see hallucinations, as well as receiving damage.
Having fought with him the player will receive good resources, which will help him in his survival.
However, sooner or later he will return and take revenge.


➡️ Slenderman:
➤ Has a high health reserve
➤ The player begins to have interference if he gets close to Slenderman
➤ Deals intermittent damage at a distance

➡️ 👍 Rate 👍 and leave feedback for Slender man - it's Important!

Disclaimer: Looking for interesting and popular games! The game Slender man is an application for the MCPE game. Slender man mod is not an official product of the game Meinkraft MCPE by Mojang.