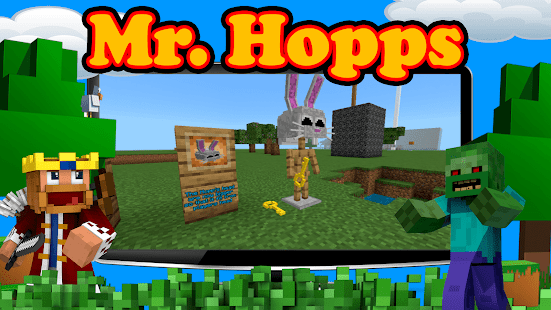 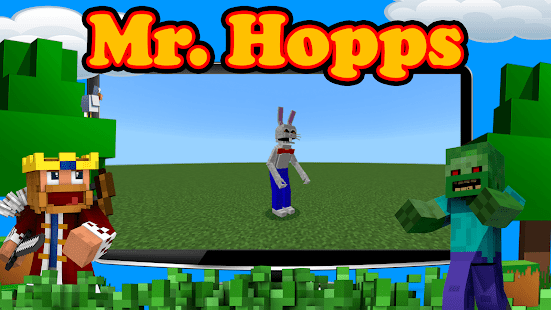 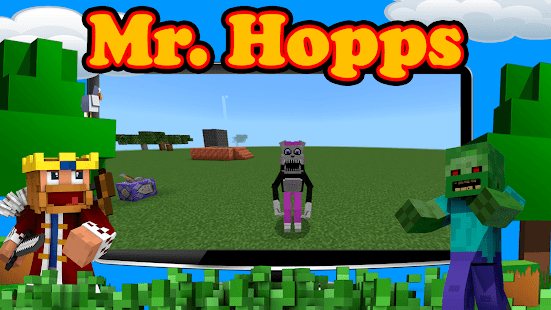 Mr. Hopps (play house) is a horror game in which the main antagonist is a stuffed bunny named Mr. Hopps.
In the story, a little girl named Ruby is given a stuffed bunny.
However, Ruby cannot sleep because of her fear of Mr. Hops.
Her father soothes the girl and turns on her nightlight, but when he leaves, the lights go out everywhere and Mr. Hops disappears.
A frightened Ruby tries to find her parents, but their bedroom is empty.

The girl notices deep claw marks above her parents' bed, which shocks her even more.
It's up to Rudy to get out of the house and out of the clutches of the dreaded Mr. Hops.
The addition introduces not only Mr. Hops, but also several more dangerous monsters to the blocky world of Minecraft.
The monsters will pursue the player, preventing him from surviving in peace.

Each of them will have a huge amount of health and damage.
However, a well thought out plan will be able to help the player fight the plush monsters.
Mr. Hops, like the others, will appear in random places, standing and looking at the player.
But at one point he will begin to act, and the player needs to be prepared.


➡️ 👍 Rate 👍 and leave feedback for Mr. Hopps is Important!

Disclaimer: Looking for interesting and popular games! The game Mr. Hopps is an application for the MCPE game. Mr. Hopps mod is not an official product of Mojang's MCPE game.