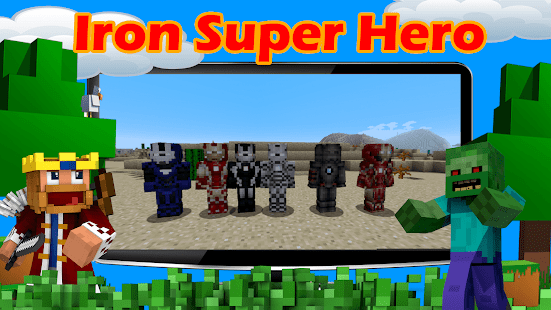 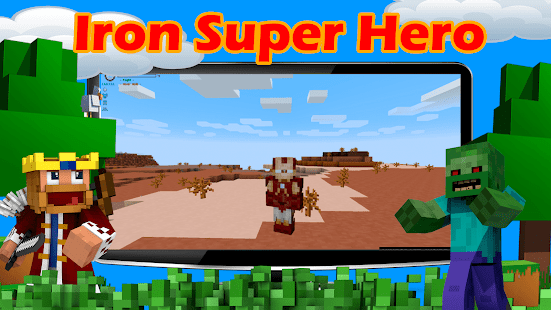 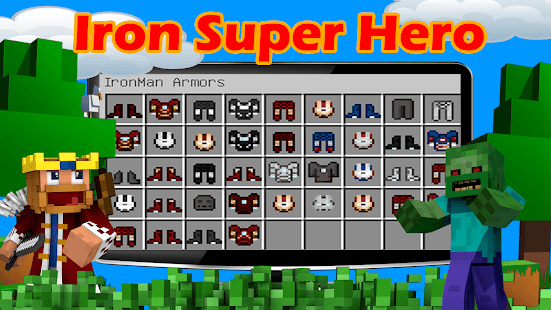 Ironman Game mod for Minecraft. Tony Stark is a genius, a billionaire, a philanthropist.
He created incredible weapons that even the leaders of major countries wanted to own.
But one day Tony was kidnapped by terrorists and demanded that he create a rocket launcher.

Stark didn't want to remain a hostage, so one day he began developing an iron suit.
Tony managed to escape the terrorists and return to his home, where he began more detailed development of the suit.
Through trial and failure, Stark had his first successful flight, after which he decided to give the suit color.

Tony nicknamed himself Iron Man mod, after which he began protecting people from evil.
He had no superpowers compared to other superheroes, but his money and incredible mind made him one of the most popular superheroes.
Thanks to this modification, the player will be able to try on Iron Man MCPE costumes.
The player will be able to use some functions of the suit.
Flight, high jumps, rockets, underwater breathing - all this will be available when wearing the full suit.

➡️ 👍 Rate 👍 and leave feedback for IRONMAN is Important!

Disclaimer: Looking for interesting and popular games! The game IRON man is an application for the MCPE game of Meinkraft. mod is not an official product of the game Meinkraft MCPE by Mojang.