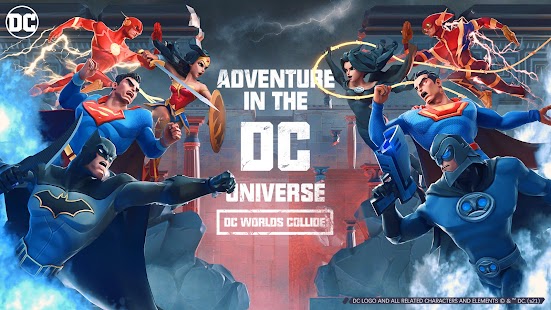 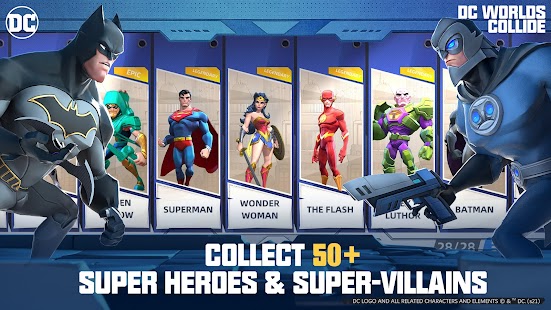 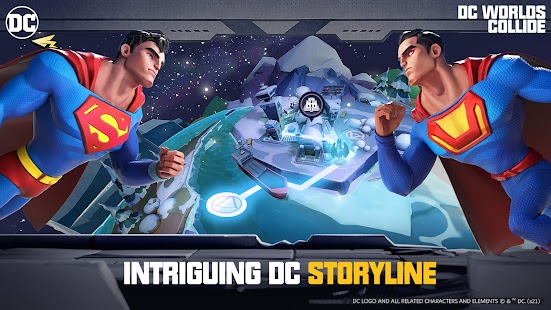 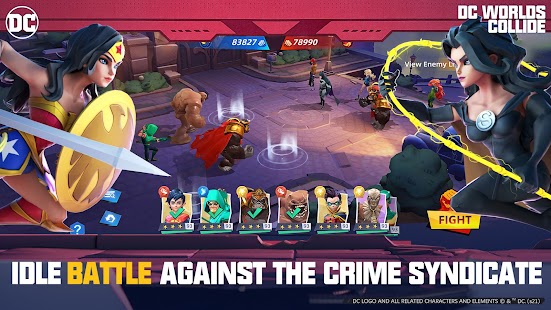 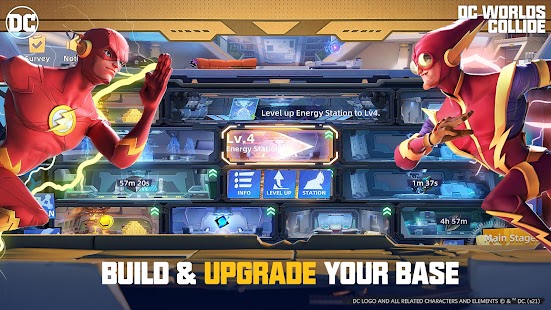 Welcome to DC Worlds Collide! Crime Syndicate members have invaded Earth! Stand up and battle alongside some of DC’s most powerful characters! Batman, Superman, Wonder Woman, and other classic Super Heroes & Super-Villains from DC are at your command! Collect & upgrade your Super Heroes & Super-Villains and win with strategy in idle battles! Punish & defeat the Crime Syndicate with visually stunning hero ultimates and restore peace & order on Earth! We're counting on your heroics: you're stronger than you think you are!

GAME FEATURES
Collect Super Heroes & Super-Villains
Join iconic Super Heroes from the DC universe, including Batman, Superman, and Wonder Woman as well as Super-Villains like The Joker, Harley Quinn, and The Cheetah to protect the planet! There are more than 50 characters at your disposal!

Level Up The Perfect Squad
Strategically rank up your Super Heroes and Super-Villains as you develop an unbeatable lineup to overcome your enemies in battle.

Build & Upgrade Your Base
Build your base from scratch, collect resources to empower your team of DC's iconic characters, and protect your fortress against invaders!

Contact Us
Want to learn more about the game?
Facebook：https://www.facebook.com/DCWorldsCollideGame/
Mail address：dcworldscollidegame@gmail.com